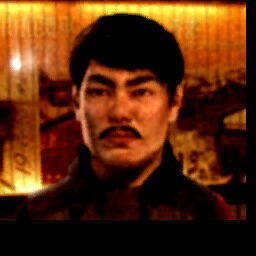 The Triads, Chinese criminal organizations, have a history reaching back to anti-Qing Dynasty resistance forces in the 1700s. Originally devoted to restoring the previous Han Dynasty, they gradually shifted into criminal pursuits, culminating in the overthrow of the Qing Dynasty in 1911. Suddenly finding themselves with a lack of purpose after centuries of struggle against the Qing Dynasty, the Triads turned almost exclusively to organized crime. Following the Communist takeover of China in 1949, most Triads emigrated to Hong Kong, which became the seat of their power.

The typical White Oak Mountain "soldier" is little more than a thug. They lack discipline or any kind of uniform armament; members will often go into battle armed with whatever weapon they can get their hands on, and agents should expect to face anything from submachine guns to assault rifles. Though they typically wear no armor, they are fast and highly mobile, making them difficult to pin down and eliminate. Many Triad soldiers are skilled hand-to-hand combatants as well, and they are frequently trained in martial arts which focus on deflecting an enemy's strikes and delivering up devastating counterattacks.

Hong Shi's elite soldiers wear red tracksuits (an homage to the "Red Lion") and carry small-caliber but extremely accurate pistols. Agents should be aware that Hong Shi's assassins are all highly skilled martial artists, much like their Triad brethren, and agents with minimal hand-to-hand training should avoid close-range engagements.

Community content is available under CC-BY-SA unless otherwise noted.