Alive or Arrested or Executed

Sergei Surkov is a character in the game Alpha Protocol. He is located within the embassy in Moscow and is the main objective of Michael Thorton in one of his missions.

Sergei Surkov is a rising businessman in Moscow, and has been courting foreign companies into opening branches in Moscow to further trade and opportunities. A frequent guest at the American Embassy in Moscow, he uses his extensive business connections in Russia as a form of currency to introduce prospective clients to new markets.

Surkov has had a long career, including working with the KGB, rumored ties to the Russian Mafia, and now perhaps the most dangerous role of all, an entrepreneur. He has embraced the new capitalist Russia with a quiet intensity, using his long years in government... and possibly underworld circles... to network beyond Russia's borders and seize opportunities as they appear.

Surkov's mafia ties are more than speculation - his former role in the criminal underworld was prominent enough that he made a denouncement of his mafia ties many years ago, reforming himself and some of his chosen associates into legitimate businessman. With corporate handshakes and PR opportunities, this makeover to his image has whitewashed the criminal element off him nearly completely, even to other criminals.

Secret Fact: Surkov has legitimate business ties - to Halbech. Once again, using his many crime and military sources, he has been providing arms and vehicles in a deal that he kept secret to most except for Brayko. Brayko felt betrayed for not being cut into this lucrative deal, and that is what caused the rift between the two bosses. Surkov has admitted to sending someone to kill his former protégé in the hopes of taking Brayko out of the picture.

In the end of the Intercept Surkov at US Embassy mission, Surkov will pull a gun towards you if you haven't been nice to him. Then you'll have the chance to beat the hell out of him and to shoot him in his knee.

Killing Surkov is possible, if you unlock the Prevent Surkov's Escape mission. When you meet him, just don't accept his offer to become allies and chase him. Mike will shoot him before he reaches the chopper, and you'll have the choice to kill him, but if you spare Brayko and you choose to kill Surkov, he will show up and kill Surkov with his Ballisong, killing Surkov will cost you -1 rep with Mina and watching Brayko killing Surkov will result in another -1 rep point but +1 in Brayko's rep, although it doesn't make any difference having a high or low rep with him.

2. Clearinghouse intel for Intercept Surkov at US Embassy

A mission listed in italics means that msision does not to be completed to complete a playthrough. The words (Determinant) mean this character only may appear in that mission. 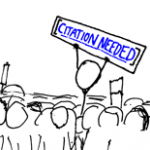