Organized crime has a foothold in almost every corner of the world, and Russia is no different. In the wake of the collapse of the Soviet Union, however, the Russian mafia bolstered its ranks with corrupt intelligence agents and soldiers from the Afghan and Chechen Wars, making them even more dangerous.

The most prominent (and possibly most powerful) gang working within Moscow is known as the "Outsiders," and they sport track suits and carry submachine guns or shotguns. Fearlessly charging into battle, they rely on numbers (and drug-induced courage) to flood opponents with bullets and bodies until they've won.

Many Russian hitmen are brawlers, and while not martial artists, many have street fighting skills they've honed over many years... they can take a lot of punishment (they're used to taking and receiving kicks to the head in their line of work), and give it right back. 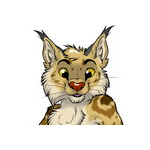