Edit
watch 01:36
We're Getting Mutants in the MCU - The Loop
Do you like this video?
Play Sound

Assault Brayko's Mansion is a mission in the Moscow hub.

Infiltrate Brayko's mansion, reach Brayko, and find out what he knows about Halbech and the missiles.

Heck has acquired a large supply of tainted narcotics and will deliver the spiked drugs to Brayko's mansion prior to your visit. (Only available if you have already met Heck, meaning you have already been to Taipei). During the boss fight, Brayko will use the tainted coke and it will slowly drain his health, as well as temporarily slow him down, making it easier for Thorton to defeat him.

You purchased the dossier on the Russian Mafia - your opposition on this mission.

You acquired security information regarding camera placements in Brayko's mansion.

Depending on who you used as a handler when you went to the US Embassy the opening here will be different.

Albatross will place you on a ledge over looking the main garden area with a sniper, one enemy up here with you.

SIE will get you a Stryker and you crash through the front gate with you as the gunner.

Kill the guards in the first area and then walk through the indicated door. As you enter the house Mina, as your handler, will tap into to the surveillance systems. You have to tell her what to look for: track down Brayko (Suave node) or the Halbech data (Professional node). There is a third option to choose both if you have chosen tech specialist; Mike will tell Mina to download a plug in for the security software and monitor both Brayko and the Halbech Data.

The closet at the end of the hall and around the corner to your right, there is a door you can lockpick which contains a safe with dossier info on Sergei Surkov. There are three of Brayko's men in this hall, plus the room to the left has three more and a safe with $5,000 and two ammo crates (the crates may not have the pickup icon over them but move close enough and you will get the prompt).

Brayko's computer is down the hall and past the arcade (view map for exact distance). The arcade turns into an ambush, so don't just go strolling in.

Shortly after entering the arcade you get locked in, so you might want to take the time to kill some of the enemies from the entrance of the arcade.

Outside of the arcade, behind the doors immediately to the right, is a Weapon Mod. There is another in the room with the grand piano. Brayko's room has some Halbech Data, $3,000 in a briefcase, and an Armor Mod. You will also get $3,000 for hacking the computer. Shooting Brayko's 'girlfriend' nets a -1 reaction from Mina Tang. This is true for the second dancer in the next room. Behind the secret door, is a safe with $4,000.

Weapon Mod (in small room to right after arcade)

Rescue Ally or Get Halbech Data[]

As you go out of the mansion, Mina will call you to say that Brayko caught your ally, and you have time only to save them or get data.

Enter first house, go straight to the door in the opposite corner of the hallway. Bypass keypad, go downstairs, shoot the canon on the ceiling, hack computer (you get $4000 + secret fact about Championchik), hack one more computer to open safe door. In safe $3000, $1500, weapon upgrade, 3 ammo crates and crackable safe with Halbech data. Kill or pass four guards after getting the the data and go out of the mansion.

Move to the guest house, kill or stealth takedown 4 guards. Then choose what to do with ally:

If you free ally

There are also 4 ammo crates in the room along with Brayko's third dossier. 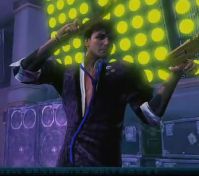 Continue through the mansion looking for Brayko.

Before entering Brayko's arena, check for his Dossier in a corner of the room with three tables pushed on their sides.

As you enter Brayko's arena:

Brayko is almost certainly the hardest boss fight. By the time you fight him you should have 100% intel on him which will give you a damage bonus and give you the "know your enemy" perk: +5% damage vs Brayko.

Phase 1: Brayko will be on the stage, shooting you with his Golden SMGs and hiding behind the assets. Just shoot him with whatever weapon you have. The key is to make sure he doesn't recharge his endurance. This phase doesn't have a time limit, so you can place some mines by the left and right doors, if you want to quickly eliminate the guards which Brayko summons later.

Phase 2: After you damage him some (25% of total health), he will snort some coke and draw his knives. He is extremely strong. Do not let him cut you with his knives because this hurts more than him shooting you. The first slash of his knives will remove all Endurance (no matter how much you have) and causes you to be staggered, so he can get several attacks in quickly.

The generally accepted strategy for this phase is to run away from him since Mike's running is faster than Brayko's. Eventually Brayko will fall down and pause, which indicates the coke is wearing off. Since you won't be facing him, listen for him shouting random curses. When you hear that, take the opportunity to pound him with your weapon of choice.

Phase 3: There will be a flash of light and he will run up to the balcony. He will start shooting again with his SMGs, and call for some guards to help him out.

There are two generally accepted strategies for this phase:

After a short period of time (25 seconds?) he will draw his knives again and start phase 2 over again. However, if he has 10% or less health, he'll continuously stay down and fight with his men until you defeat him.

Got Flashbangs? This is almost as much fun as throwing flashbangs at G-22. If you 'bang Brayko after he snorts the coke, he'll be stuck in place for a few seconds and you can pound the hell out of him with focused aim headshots.

Got Stealth? If you shoot Brayko from one of the side entrances (this works from the initial entrance) for phase 1, then crouch and get to where the structural column is between you and where he will jump down from the stage. If you activate stealth just after he jumps down from the stage, he seems to go back into a modified phase 1 mode. He will still run around and fight you normally, but he will not use the coke, and there will be no flash disappearances with thugs arriving. Basically, this gets you to a 1-on-1 fight that lasts until you kill him (or he kills you.) I specialized in martial arts and stealth and can tell you that with good armor and a bit of healing, he is much easier to beat. Guns or bombs also work well with this, since he runs all over the place as he does in phase 2 before he takes the coke, so he's not always directly upon you.

Cutscene with Henry Leland after dialing with Brayko:

If you have at least 8 points (Brilliance) in your Technical Aptitude skill, or you picked the Veteran background or Tech Specialist background, you can get the data and rescue your ally.

By now you should have noticed Brayko is torturing someone. This is revealed to be the leader that is helping you on this mission.

If you sided with Albatross, when you enter the courtyard again most of the enemies should be killed by missiles/rockets.

You can free your ally, leave them, or kill them. Each gives a different perk.

Dossier: Brayko (on the counter, in the kitchen).

After the fight you can either kill him or let him live. Talking to him can get you another mission before leaving Moscow.

If you extort money from him for sparing his life, he will give you $75,000 and his stereo, which you can use in your safe house in Moscow, it plays Turn Up the Radio by Autograph, the same song you heard while fighting him. Killing him will give you his unique SMG worth $25,000.

If you have a good reputation with Heck, he can arrange to taint Brayko's drugs, causing a significantly easier boss fight.

If you kill Brayko without questioning about his role in the smuggling operation you will never learn the true smuggler and the Prevent Surkov's Escape mission will never appear.

During the initial assault, if you have the sniper rifle, careful planning of your shots can net you most of the guards without any of them becoming aware. To do this, watch the guards' patrol patterns and take out people behind them and out of their line of sight.

During the Boss fight, there seems to be a limit on the guards that he can bring to the fray. Once all these are killed, he will stay on the ground and fight without popping off his pyrotechnics and hiding on the balconies. However, he will start hiding behind the columns on the floor.

If you have invested enough points into Stealth and use the Shadow Operative ability during the first time he pulls out his knives, the game will glitch: he will pull out his SMGs and no guards will spawn. He also won't pull out his knives again for a long time - don't worry when he does because the guards still won't spawn.

This fight is achievable using only a Martial Arts/Toughness build, appropriate armor, and bombs, if you go to Moscow last and have the intel spiking the cocaine. Hand-to-hand is difficult, but achievable if you use your sprint-jump-knee bash ability as often as possible, thus disrupting his attack. Stay on the stage for the fight, in order to easily lob bombs when Brayko returns downstairs. The support fighters will not come up on stage.

There is a bug where restarting a checkpoint on this level sometimes causes the small icons above items you can pick up to disappear (set items only, enemy drops not affected). Also restarting boss fight may negate the effect of Steven Heck's cocaine.

When retrieving the Halbech data, the computer that opens the vault will have the e-mail and Clearinghouse display that is on your personal computers.